‘This is giving false hope’ 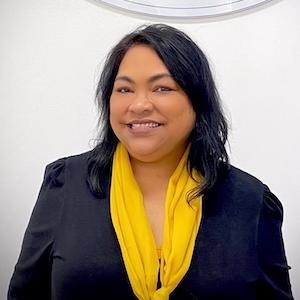 Janice Marie A. Tenorio
Chairwoman
CNMI Board of Education 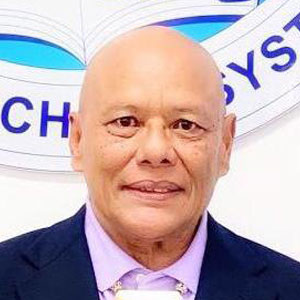 We, Janice Marie A. Tenorio and Herman Atalig, wishes to clarify our “no” vote during this afternoon’s emergency Board of Education meeting (April 21, 2020), which was held via a conference call.

On the agenda (one of two) was the proposed borrowing of $3.4 million from the Commonwealth Development Authority- Marianas Public Lands Trust. CDA must first approved the PSS borrowing in order for MPLT board of trustees to entertain the loan proposal.

The planned borrowing will be shepherded through a BOE (board) resolution. To be specific the purpose of the proposed resolution was for the Public School System to enter into a bridge loan or a short-term loan, primarily to “be used to pay for PSS’ outstanding local obligations…”

The outstanding local obligation will be to pay for the salaries of all our hardworking PSS personnel.

We recognize the intent of the proposed borrowing. It is very laudable. We are one with everyone especially during this very trying times, and that we have to find means to ensure that we are able to pay our hardworking PSS personnel what is due of them.

But in doing so, we also have to be cognizant that in funding for PSS operation/salaries, it must also be based on the actual/current realities. Currently, our central government has no means to fund all services and operations, and has to shut down and furlough operations and employees; government services and operations are limited only to those that are in the health care and frontline sectors fighting the spread of COVID-19 in the CNMI.

Why we voted against the borrowing

We respectfully and earnestly appeal for everyone’s understanding and hear us both why we voted “No”:

In the law that created CDA (TITLE 4: ECONOMIC RESOURCES, DIVISION 10: COMMONWEALTH DEVELOPMENT AUTHORITY) under § 10203. Powers and Restrictions, Section (3), CDA is

“To receive and hold funds from the United States government, the government of the Commonwealth, the Marianas Public Land Trust, the Economic Development Loan Fund and any other sources; “

The proposed CDA-MPLT borrowing is against the law.

We are governed by laws which were promulgated and enacted as safeguards and protect the function(s) of government departments/instrumentalities/agencies including corporations and boards’ functions. These statutes were explicitly put in place to ensure that every government entity is able to perform and deliver respective fiduciary duties.

To further explain, allow us to quote CDA’s mission which is, “to provide appropriate financial and technical assistance to facilitate the start-up or expansion of private and public enterprise for their success, the benefit of the Commonwealth's economic welfare and the long term sustainability of the CDA.”

CDA has a very specific and explicit mandate in the disposition and utilization of government funds This is further explained under Division 10, § 10203. Powers and Restrictions through the following sections:

(7) To make and issue bonds, notes or other obligations in furtherance of the purposes of this division including, but not limited to, funding capital improvement projects of the Commonwealth for sewers, power, water, roads, health facilities, air and sea ports, and parks and recreation facilities;

(8) To make loans to any autonomous public agency for use in any project that in the judgement of the authority will further the purposes of this division;

(9) To guarantee the obligations of the Commonwealth or its autonomous public agencies, incurred to fund any project that in the judgement of the authority to be consistent with this division;

(14) To make loans to private individuals, corporations and cooperatives who are eligible for loans under the special provisions reserving funds for farmers, fishermen, agricultural and marine cooperatives under Covenant § 702(c), and allocate to the Marianas Islands Housing Authority those funds reserved for a special program of low interest housing loans for low income families;

Further, CDA has a very restrictive mandate and authority in disposition of public funds. The same law that created CDA, in particular § 10203. Powers and Restrictions, the authority (CDA):

(2) Fund or loan funds for government operations, except for its own operations as provided in this division;

(3) Make, issue, guarantee or otherwise participate in providing credit or lending money for consumer loans; and

Additionally, earlier tonight (April 21) the Chairman of the Marianas Public Land Trust Martin B. Ada has communicated to Chairwoman Janice Marie A. Tenorio, explaining MPLT’s positions/actions on four (4) questions pertaining to PSS need for funding assistance. These are the questions:

1) Is PSS allowed to borrow money from MPLT?

2) What is the money going to be used for?

3) Is there a guaranteed debt servicing of the loan?

earmarked for the CNMI PSS be pledged as guaranteed repayment of the loan from MPLT?

These questions were based on the two letters sent by Commissioner of Education Dr. Alfred B. Ada and Chairman Tenorio, on March 26, 2020 and April 2, 2020, respectively to MPLT Chairman Martin B. Ada

MPLT Chairman Ada told Chairwoman Tenorio today that on April 16, 2020 the MPLT Board of Trustees met, to address the two letters, and essentially issued this position:

“By CNMI law the PSS board needs to pass a resolution indicating their intention to loan from either CDA, MPLT or both. Two, the loan from CDA or MPLT cannot be used for operations (salaries). Three, there has to be a guaranteed form of repayment of the $5 million loan to MPLT. And four, we are skeptical that the Federal award letter can be pledged as a form of repayment to MPLT. We all know that there are terms and conditions that must be followed by the recipient of any form of Federal aid or grants. Three out of four MPLT Trustees pointed out their concerns of borrowing for operations which includes salaries for employees.”

Chairman Martin Ada added, “But even with all these our door is still open for further discussions if the PSS Board can come up with a workable proposal for their present financial situation.”

Sadly, but truthfully using the CDA-MPLT borrowing route is a futile move. As we’ve mentioned earlier while the intent is laudable, it essentially gives our hardworking PSS personnel false hopes given that the law does not support PSS borrowing.

We have to admit it. The filing of the injunction against the central government (governor, secretary of finance) has effectively prevented us from using the only viable and workable way for us to navigate the current difficult situation PSS is facing: collaboration.

The injunction has created further roadblocks for obtaining any additional funding from the central government. At this point in time, it is clearly evident where we stand: This is because of our own doing.

We are standing alone from our partners in government. We have no way to reach out for help and support.

However, even with the injunction filed by BOE, we, Janice Marie A. Tenorio and Herman Atalig, have been working with Governor Ralph DLG. Torres, Lieutenant Governor Arnold I. Palacios and Secretary of Finance David DLG. Atalig to continue the bi-weekly transfer of government funds. This is to ensure that our hardworking PSS personnel will be paid even in the midst of this economic difficulties and this public health emergency.

On many occasions, Governor Torres, Lt. Gov. Palacios and Secretary of Finance Atalig have opened their doors to us, BOE members and PSS leaders, to dialogue and work together in finding ways to mitigate the problem that PSS is facing.

Governor Torres, Lt. Gov. Palacios and Secretary of Finance Atalig have made it possible for us on many occasions.

Let us work together in partnership. We are facing an extraordinary challenge and the only way for us – all of us – is to support each other as one commonwealth.

Thank you very much.

Find what you are looking for...